Before and During Pictures

I thought it would be fun to show "before" pictures of our lot and "during" pictures.  The "before" pictures do contain the raised beds because we brought those with us from where we used to live when we moved, so they aren't completely "before" I did anything, but it as close as I have.  It isn't really "after" pictures until we are moving out of here and then it hopefully will look almost exactly like "before" since trailer park management is funny like that, so that's why I'm calling them "during" pictures.  Apparently, the management doesn't think having an entire lot converted to gardening space as being as "rentable" as monoculture grass.   Silly people. 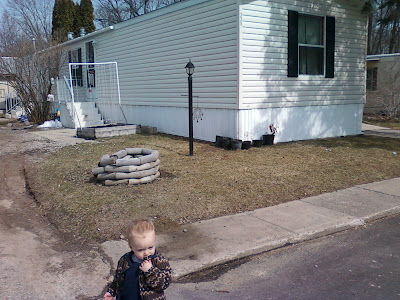 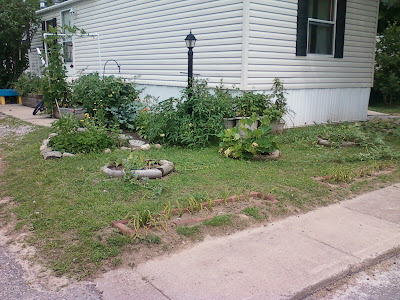 And here is a side view of the backyard, before: 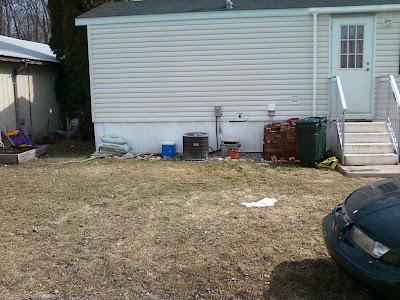 and currently (or "during"): 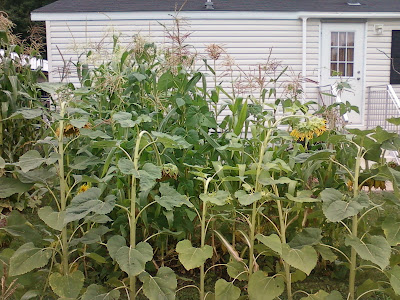