Order Up!--Making special meals for picky eaters without being a short-order cook 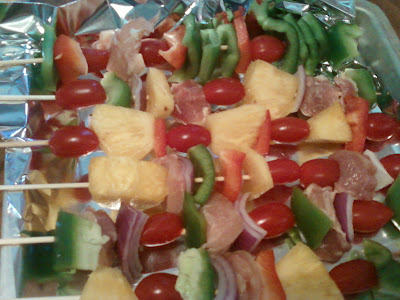 The biggest source of food waste around here is me cooking up a great meal, serving it up to the family, then being met with a chorus of "I don't like this" from anywhere from one to three children (the toddler is a good boy and eats what's put in front of him!), frequently before they even take a first bite.  They then snub their noses at it and, either eat what's on their plates that they do like, or walk away from the table completely, only to complain about being hungry ten minutes later ("There's a perfectly good meal on the table for you.  If you're that hungry, I think you should at least try it.") and me busting them climbing on top of the chest freezer to get the cereal on top of the refrigerator as soon as I leave the room for a bit.

Knowing this is a possibility, I have several strategies to prevent it.  First, if I know one or more of the kids don't like something, I don't fix it when their going to be around.  I wait until some night they will be at a friend's or relative's house or, if it is something I could take or leave, sometimes I just don't fix it at all.  If it is a side dish that I really enjoy, I might make it, but serve it with other things that would make it a well balanced meal even without the optional side.  Sometimes, I alter the recipe so it is more acceptable to everyone.  And sometimes I make meals to order.

That isn't to say that I make up to six different entrees in one night.  Oh, hell no!  But there are a number of meals that I prepare on a fairly regular basis that require individual assembly, so the personal preference of each family member can be accounted for.  Such meals include: tacos, nachos, quesadillas, spaghetti (choice of sauce and cheese), pizza and yesterday I added kabobs to this list. 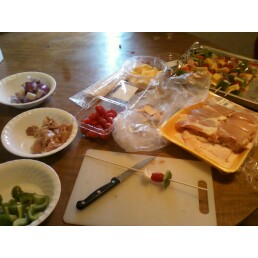 The procedure is quite simple.  Set out all possibilities for inclusion and either have each person put together their own, or ask what they want as I put it together for them.  In the case of yesterday's kabobs, it was the second method, since I didn't want the kids handling the raw chicken.  Pizzas are almost always done by themselves, on the other hand.

It is a little thing, but it can make mealtime a lot more peaceable and it saves on food waste, so it is one of the little things that makes life good.