Feeding My Family Makes me a Terrorist?

According to Senator Rand Paul (and rampant internet rumor), "someone who has more than seven days of food in their house can be considered a potential terrorist."  Because of this, a lot of people have expressed concern that I might be considered a possible terrorist because I am (quite publicly) trying to get a year's supply of food stored for my family's use.  Am I worried?  No.

First off, I don't think someone that was amassing a supply of food for nefarious purposes would be so open and public about it.  Secondly, all one has to do is look at my background to see why I might be doing a little stockplin'.  And, no, I'm not talking about my white, middle-class, good girl, nice college educated background, although that probably wouldn't hurt.  I'm talking about my adult life where things haven't gone so well, despite that quality, yet strangely worthless, college education.  The adult life where there have been times that I've had $5 or less to feed my family for a month and relied heavily on foraging, since I didn't know how to garden yet and didn't have a good place to do it in our apartment.  Or the aspect of the adult life where we had to live with my husband's mom for seven years before we could get a place of our own.  The adult life where my husband was injured on the job and couldn't work for nearly a year, then let go from that job about a year and a half later.  In other words, we've struggled.  A lot.  Money is constantly uncertain and, for many of these times, food was very uncertain as well.  These are the reasons I learned to forage, to garden, and to cook so darn well.  No, I'm not sitting around feeling sorry for me or my family, I'm just explaining why, other than terrorism, someone might gather an extensive supply of food while they have the means to do so.

While stories like that of my family may not be that uncommon (or maybe it is, since I think a lot of people would have just given up by now instead of keep getting back up for more), there are bunches of other reasons I can think of that someone may amass enough food to last months or even years: 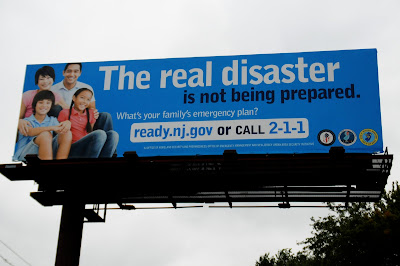 So whether your reasons be religious like the Mormons, following the government's own recommendations, practical like the people who buy groceries when they get paid, or common-sensical, like elderly people or people in hurricane or winter weather zones,  or other one of the other crazy reasons I listed, I really think, if the only "suspicious" activity one is engaged in is having a larger than average supply of food on hand, you probably don't have anything to worry about.  Come to think of it, I bet when you consider all these different groups, having more than a week of food in your house is probably downright normal!

How long could you go without buying food, if you needed to?  Do you fall into one or more of the categories I mentioned if you do have more than a week's worth, or do you have reasons I may not have thought of?