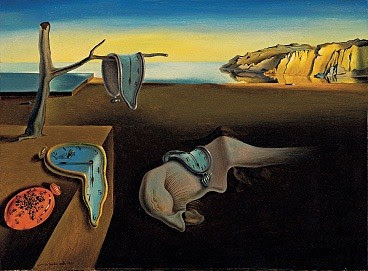 I am very frequently asked how I get so much stuff done.  It seems to boggle people's minds that, with three little ones, I'm able to homeschool them, have an extensive garden, cook about everything from scratch, blog daily, take care all of the housework, sleep, and do whatever else it is that I do.  So here it the big secret:  to me, I never feel like I get enough done.  There just aren't enough hours in the day.  Still, others seem to think I do do a lot, so maybe if I go through my typical schedule where everyone can see it, maybe that will help clear up the mystery.

I wake up, usually in the morning, when my toddler tells me I have to.  We cosleep, so he's right there to let me know that it is time to be let out of the room.  He still nurses and is a fairly heavy night-nurser, so having him sleep with me is a major time saver, as well as being sweet and snuggly.  I grudgingly wake up, usually around 11am, and get some breakfast.  I think cold cereal is gross, so I almost always have a hot breakfast: eggs, sausage, & toast; waffles; pancakes; oatmeal; occasionally the baked treat such as muffins or coffee cake.  While I'm eating, I do my morning computer stuff:  checking email, the weather report for the day, my blog stats, and Facebook.  When I'm done eating, I glance at my to-do list for the day, select an appropriate outfit for the day, and hop in the shower.

The shower is my main strategizing session for the day.  I let my mind wander and let my the goals for the day percolate in my brain as much as I can.  Of course, since I have a toddler and toddlers don't understand the concept of "mommy is unavailable right now", this is usually done with him in the tub with me, since he follows me in and takes off his pajamas even if he's not invited, which makes thinking more difficult.  Fortunately (for the task at hand), he doesn't talk much, so I usually get some good ideas on how to do what I need to do most efficiently.  After the shower, I get dressed, brush my hair and teeth, and get started with what I need to do.

Usually around this time, either while I'm in the shower or shortly after, my 6 year old will wake up, around noon or so.  I make sure he eats something and start pester him to do his schoolwork.  I put together packets of worksheets for him to do, usually doing the whole week's worth at one time, and leave one packet and any materials he needs like crayons or pencils on the table for him to find if I'm in the shower when he gets up.  Of course, he ignores his work until I get on him about it....  Anyway, he has to have his worksheets done before he can play with friends, so he makes sure to have them done before his friends get out of school.  While he's working on his schoolwork, I start doing something else nearby, so I can answer questions and teach him the new skills if there are any that day, with very little interruption of getting done what I need to do.  When he's done with his worksheets for the day, he empties the dishwasher, then he's free to do what he wants (within the boundaries of our rules) for the rest of the day, unless he has soccer practice that evening.

Meanwhile, I plug along on my list for the day, giving greatest priority to things that have to be done right away because the food the project involves will go bad, because the weather says so, or because I need to do something before I can get to the project I really need/want to do that day.  As I get something done, I cross it off my to-do list, maybe take a quick second to see if anything interesting is going on in computer-land (note: I don't sit down to do this.  That would be a productivity killer.  I keep my netbook on the kitchen counter and do just a quick check-in while standing up, so I don't get sucked into non-productive land).

About an hour or two before dinner needs to be on the table, usually as determined by when my husband has to be to work that night, I seriously think about getting started with dinner.  If the toddler takes a nap, I try to do this while he's sleeping.  If his nap is a long time before dinner, I'll still get as much prep work done as possible so I'm not trying to do it all with a clingy toddler on me, melting down.  I like to give myself way more time than needed to make dinner to deal with the inevitable eighty-million interruptions.

I try to get everyone around the table for dinner as often as possible, especially since that is the primary time the kids get to interact with their dad, since he sleeps during the day and works at night, as well as going to school online, which occupies much of his awake time at home.

After dinner, if my husband has to be into work "early", 7-8pm, I usually try (note the keyword there: try) to get the kids to help me with housework, if it is something that they could/should be involved in, like cleaning up after themselves, or something they like to do like laundry.  I do a load of laundry, minimum, a day, but I don't always get around to folding it every day.  Other times, it is stuff I need to do myself, like dishes or vacuuming, so the kids play or read ("read"?) or whatever (okay, they usually are watching television by this time in the evening.  I admit it, they watch way too much television and I hate it.).

On days my husband doesn't have to be in to work until 10pm, we eat dinner at 9pm, then it is time to settle down for the evening, usually meaning dinner, bath, bed.  In theory.  In practice, I usually try to get them to calm down and go to bed for a while, then get frustrated because they aren't going to bed like I want them to and are still bouncing off the walls, so I'll retreat to doing something productive like folding laundry or writing while watching the 10 o'clock news, until they seem calmer and I try again.  Or until I get really irritated because it is getting so late and they aren't in bed yet and I am ready for some quiet time!  Either way, eventually, they end up settled down and trying to go to sleep.  Both the 4 year old and 6 year old refuse to sleep in their room at the other end of the house ("Mom, it is too scary down there!" *sigh*), so they end up on the floor of my room (how this is better than the nice, comfy beds in their room, I don't know, but they insist it is!) and eventually, usually around midnight for the toddler, 1am for the 4 year old, and 2 or 3am for my 6 year old, they go to sleep.

Finally, I get some mommy-me-time.  Sometimes.  Sometimes there is a project I need to wrap up, or something like dishes that can't wait until morning, or I still need to put together the morning's blog post (big secret:  I'm not really awake when these things publish at 7am Eastern time).  After everything is done that I need to do for the night, I try to read a little to relax before bed, but sometimes that doesn't even happen.  I try to make it to bed no later than 3 or 4am every night.  (See why we aren't morning people?)

So, in summery, it may not be a typical schedule, it certainly wouldn't work if the kids went to school, but with my husband's schedule of working nights and the kids (seemed) and my natural rhythms of going to bed and getting up very late by normal standards, it works exceptionally well for us.  I think that is a big part of why I'm able to stay on task and do as many things as I do each day, because I'm not exhausted from trying to fit a time-mold that doesn't work for my body.  As a kid and young adult, when I had to get up and be somewhere by a certain time each morning, I was dragging all the time, not able to focus as much, and would revert to a later schedule, identical to my current one (except I might have slept into the afternoon more then to get rid of a sleep deficit...and because I didn't have kids to wake me up!), every vacation I had!

Another thing that I know enables me to do a lot more than most people (apparently anyway, from what other people tell me) is that I don't sit.  I sit for breakfast (and do my computer stuff), dinner (time spent with the family), and to complete specific tasks on the computer, whether it be writing, organizing homeschool stuff, taking surveys for money, or what-have-you.  I never just sit and watch television.  I watch much less television than most people, usually just watching the news and fake news (The Daily Show with Jon Stewart and The Colbert Report), very rarely maybe a movie or a documentary that strikes my fancy.  When I do watch television, I'm always doing something else at the same time, like folding laundry, making dinner, or completing aforementioned computer tasks.\

So that's it.  That's the big secret of how I get stuff done....even though somehow it never seems to be enough.  Now that I've gotten my computer stuff done for the night, it is time for me to sign off, finish washing the laundry I'm doing right now, and maybe read for a while.  I'll see people's reactions to this post, and anything else I've put out there, in the morning.  Good night!