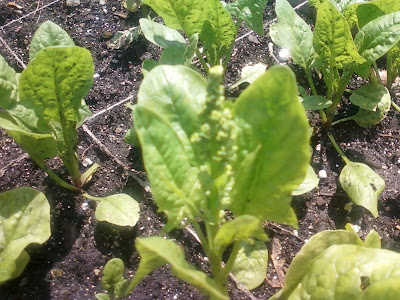 Apparently, Michigan doesn't need a spring.  We went right from 40 degree days (maybe slight exaggeration...probably was lower 50s but raining so it felt colder!) to 90 degrees the past couple days.  My spinach is not a fan.  A lot of it is already bolting!

Here's what's going on in other parts of the Trailer Park Homestead!  There's so much here, I thought about dividing it into two posts!  Then I realized I wanted to show off all this cool stuff sooner rather than later, so tomorrow will be something else.